The British Parking Association (BPA) is deeply concerned by the unintended consequences for motorists, landowners and our sector following the proposals put forward by the UK Government to:

Lower parking charges will strongly reduce the effectiveness of parking enforcement and see more people take the risk of ignoring the parking rules which are for everyone’s benefit. Importantly, motorists who do comply with the parking rules will find it more difficult to park, see free parking reduced and are more likely to pay higher tariffs.

The use of a Debt Recovery Agent is extensively used and accepted within many industries. In the parking sector it is used to help engage with the motorist, especially after the appeals processes have been exhausted. The removal of this service, including the provision of payment plans and the ability to deal sensitively with vulnerable people, may trigger an increase in the number of cases proceeding to the County Court stage, which no one wants to see.

Mazars, a leading international audit, tax, and advisory firm, conducted an impact assessment on the effect of the Government proposals to reduce the level of parking charges. This assessment concluded that a quarter of currently managed private parking spaces would no longer be managed[1]. This will mean that many destinations will become increasingly congested and inaccessible, and many commuters and shoppers will no longer be able to access transport modes, retail, or leisure destinations.

Latest research analysing footfall in UK towns and cities showed that the closure of prominent town centre car parks could lead to a dramatic decline in footfall of between 5 and 7 per cent[2]. Applying these figures to the 2019 store-only retail sales figure of £275.2bn would mean an annual decline in UK GDP of between £13.2bn and £19.5bn[3].

To put these figures in context, the higher range of these figures would be enough to pay for the entire £18.9bn Crossrail project every year[4]. Small business owners on the high street and retailers in general will be affected by a decline in footfall to their stores and these impacts will be felt most acutely outside London where the deterrent will drop most, which appears to conflict with the Government’s Levelling Up agenda.

Separate data commissioned by the BPA, also found that parking operators could lose up to 40 percent of their income should the Government reduce parking charges and risk thousands of job losses.

Andrew Pester, BPA Chief Executive said, “We call on government to urgently reconsider its proposals given the unintended consequences for our sector, landowners, and motorists.

“We welcome the Parking (Code of Practice) Act and measures to introduce a single code, standards-setting body, and an independent appeals service. However, for this package of measures to be sustainable, there needs to be an effective deterrent to encourage compliance with parking rules and deter anti-social parking. Without effective parking management, places would become congested and inaccessible.”

The BPA will continue to work closely with key stakeholders and seek opportunities to engage with Neil O’Brien MP, to push for a positive outcome that benefits those whose livelihoods depend on a vibrant retail economy and the vast majority of motorists who comply with parking rules.

[1] Mazars research was conducted using Companies House data, globally recognised industry profit margin benchmarking data and anonymised British Parking Association (BPA) member data. The report concluded that the new model of reduced PCN levels will result in 700,000 parking spaces becoming unmanaged (23% of managed spaces in the UK). It further stated that 46% of BPA operators would become insolvent within 12 months and 62% by the end of year 2.

[2] Footfall research for Altrincham, Hounslow and Woking from Springboard and The Local Data Company shows large drops in footfall where there were significant car park closures (illustrating the potentially dire impact on the broader economy if car parks shut due to DLUHC's proposals):

2019 retail sales figures are being used as this was the last full year of pre-pandemic figures on record. UK retail sales is made up of the following components:

Applying this 69.9% leads to a pre-pandemic store-only retail sales value of £275.2bn

[4] After overruns, the total cost of the Crossrail project is expected to be £18.9bn. Source:  National Audit Office

For more information contact our press office: media@britishparking.co.uk / 07788 315 625 or visit our Newsroom 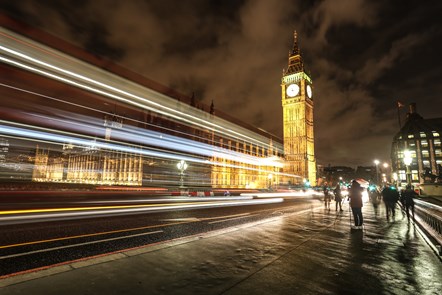