Government consultation response heralds the end of free parking for everyone

The two trade associations representing UK parking operators have expressed serious concern following publication of the Ministry of Housing Communities and Local Government’s response (20 March 2021) to the recent consultation to the enforcement framework for the forthcoming new Parking Code.  The British Parking Association (BPA) and the International Parking Community (IPC) say the response in its current form is not sustainable and will have a negative impact on the economic recovery, lead to higher parking charges for all responsible motorists and encourage a return of rogue operators who will act outside of the Code of Practice.

Much of the concern centres on the government’s decision to ignore the need for the parking charge to deter selfish parking. A deterrent level of parking charge for those motorists who park selfishly, coupled with an Appeals Charter, as put forward by the industry, is necessary for effective management of private land. The government’s limited approach is unworkable and unsustainable.

Over 80% of the public supported the industry’s approach, which was put forward as part of the BSI and MHCLG consultations to meet the specific objectives originally set out in Sir Greg Knight’s Private Members Bill.

The BPA and the IPC have both welcomed the introduction of the Parking Code of Practice Act 2019 to further improve the private parking industry but say that ignoring overwhelming public support for fair and proportionate parking charges renders the consultation process completely redundant.

They understand the government’s desire to put a cap on parking charges levied by the private parking companies and the popular demands to align them with the penalty charges used in the public sector but in the context of government’s overall proposal this is unworkable. Car park owners may now be forced to charge for previously free parking in order to cover their costs controlling abuse by a small number of selfish and irresponsible motorists.

It is incomprehensible to propose reducing them and especially at a time when there is more than enough evidence to show that the statutory penalty charges in the public sector are an insufficient deterrent. Witness the events of last summer at Britain’s tourism hotspots where motorists in their droves almost universally ignored parking controls.

The BPA and IPC go on to say that the government’s proposed approach risks a significant increase in selfish parking, depriving responsible motorists of readily accessible and convenient parking for shops, hospitals, residential developments, major leisure venues, centres of education and transport hubs. It would also risk squeezing out legitimate parking operators so that motorists are left at the mercy of rogue operators, who will be incentivised to operate without requesting DVLA data as part of their enforcement operations.

It would be unfortunate if the laudable intentions of Sir Greg Knight, and the significant collaboration between government and the parking sector these past two years led to a significant decline in compliance with existing parking rules, and higher parking charges for most motorists who will be at the mercy of more rogue operators. That cannot be the government’s intention and we call upon it to rethink its proposals. The BPA and IPC stand ready to work with government on delivering a parking service that is fair to everyone.

We trust you find this information useful. However, if you no longer wish to receive press releases from this office, please email us at media@britishparking.co.uk and we will remove your information from our distribution list. 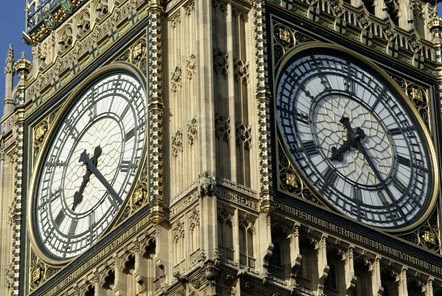